Some Random stuff which doesn’t fit in anywhere else:

My some-time home server. I used to run my website via my home ADSL line from a server located in my wardrobe (getting your own “real” server was expensive back then). This has long since been decommissioned and replaced with a mini ITX system, while my website now runs of my own private VPS in a proper data centre. However, this is what it used to look like! 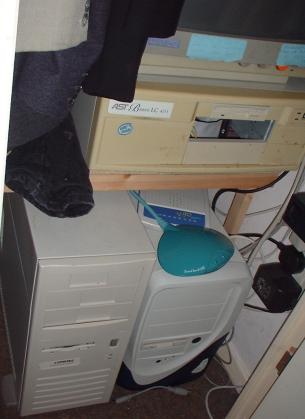