An under development HOf layout, built on a sheet of insulation board. The “potted history” of the basic layout concept is as follows:

Located “Somewhere in the Scottish Highlands”, this is a logging plantation owned by Mr S Malcolm and Mr T Forsythe, with its own internal railway system to move the felled trees to the sawmill located in an old stone quarry. The actual first names of the owners are something of a mystery, though local rumour suggests that Mr Malcolm was once known by the nickname “Zippy” due to the speed of his wit.

Mr Malcolm is now semi-retired and has left the business largely in the hands the younger Mr Forsythe. Sadly, without the sage guidance of his more sober business partner Mr Forsythe has become increasingly attached to his trees and reluctant to cut them down. It is not unknown for him to be inconsolable for days when it becomes necessary to dispatch a logging party, with the consequence that the supply of timber from the plantation has become increasingly erratic.

In order to reduce the businesses’ dependence on timber sales, the company is now introducing adventure activities on it’s land, starting with the construction of a zip wire, log cabin accommodation and forest trails.

Part of the internal railway has been upgraded to allow for passenger transport within the forest and a “scenic loop” has been constructed leading to higher ground to provide access to the zip wire for the adventurous and the views for everybody else. The loop required the building of a trestle bridge, it’s rumoured that felling the trees required for this caused Mr Forsythe to lock himself away for a whole week with a large supply of a pale yellow liquid which he loudly proclaimed to be medicinal.

The locomotives have been named “Haggis”, “Neeps” and “Tatties” to add a little character, while a steam engine “Bagpipe” has been acquired for use on specials when the fire risk is low (most of the time, it rains a lot).

All of this has left the companies’ timber customers feeling somewhat neglected, in fact in order to try and fool customers into thinking that orders will be fulfilled soon, loaded timber trains are frequently hidden in the forest and then driven back into the yard when customers arrive, with unloaded wagons being sent out to fetch the next batch. Little do they know that it’s actually the same wagons going around in circles!

The layout has been wired for normal DC operation, however after running trials a switch to battery powered Radio Control has been made (yes, it is possible, I’m not the first!). The DC wiring will be left in place for the main running lines to allow for guest locos. Points are operated using servos in surface mounted 3D print holders under the scenery, via Mercontrol wire in tube.

The track is mostly constructed using 3D printed track bases that match the profile of the HOf set track and Peco Z gauge rail, with a mix of points using 3D print bases and originals. 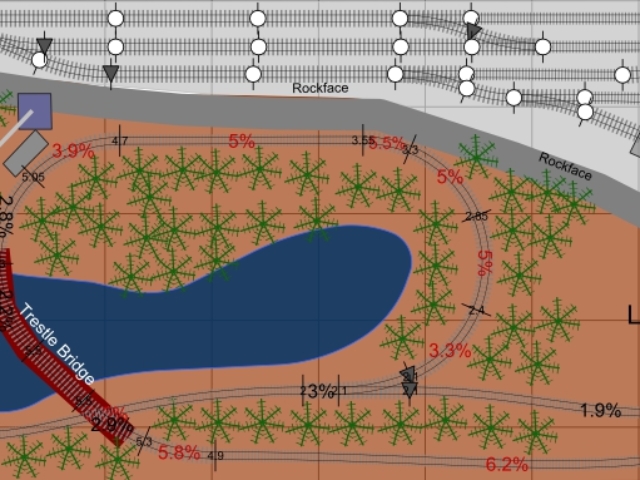 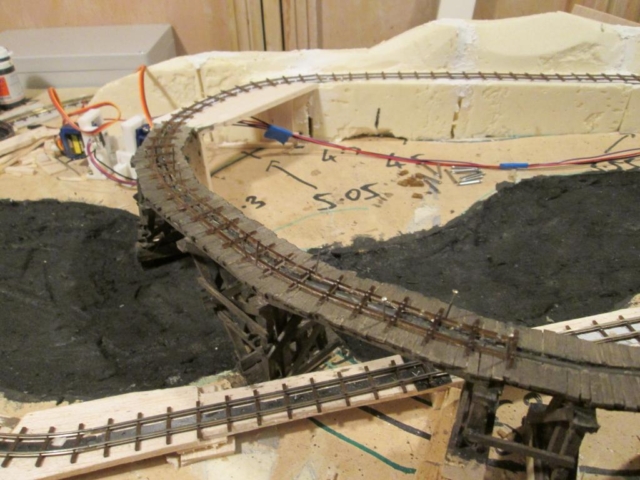 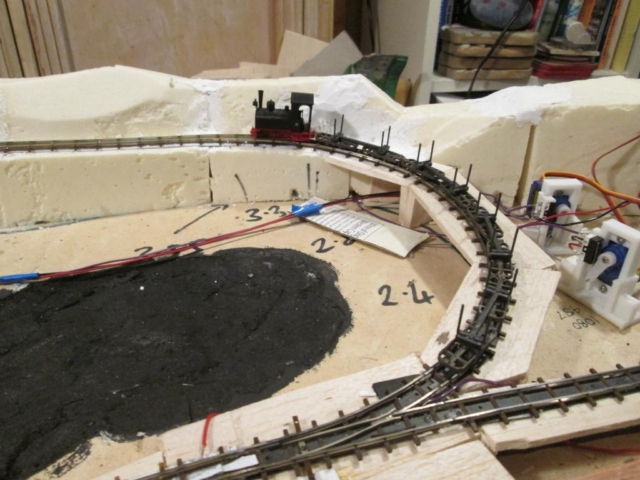 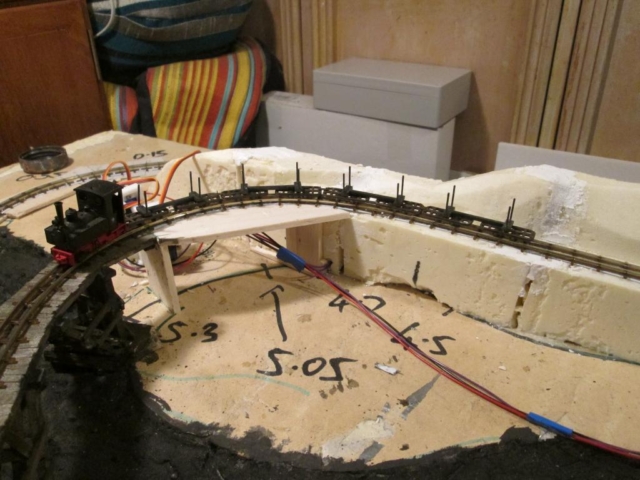 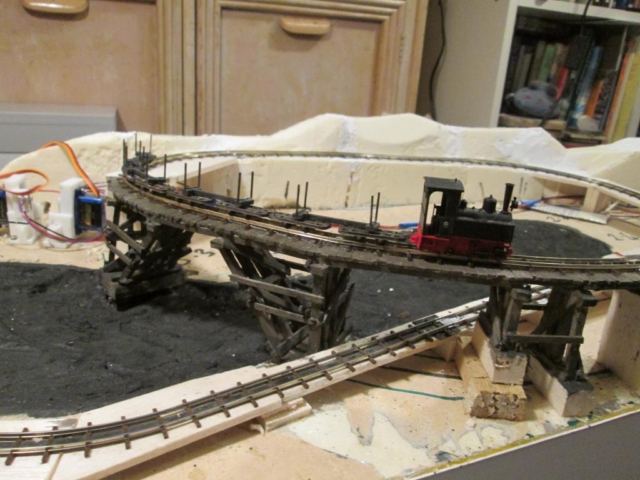 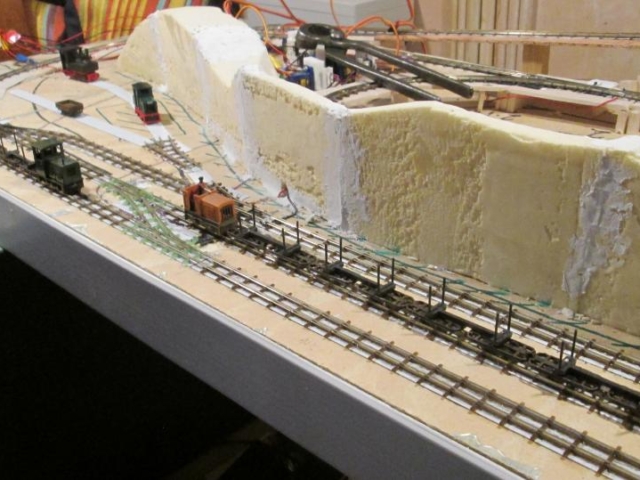 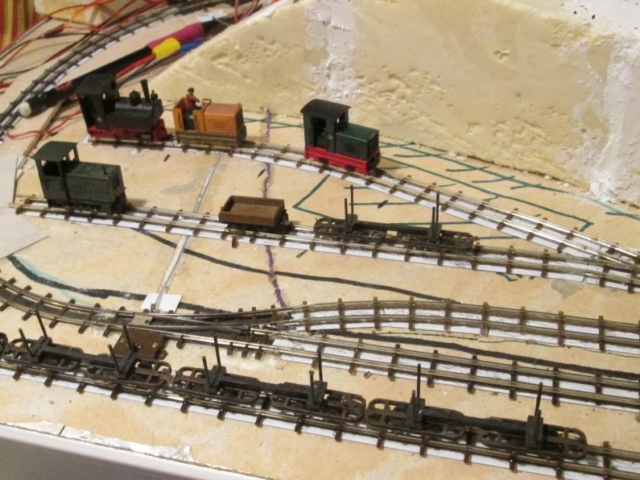 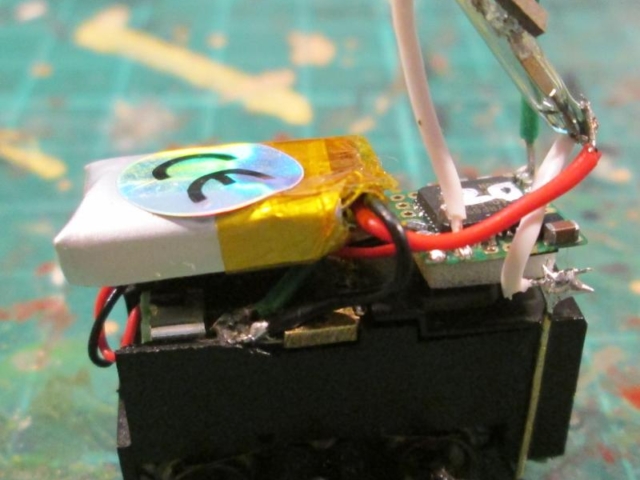 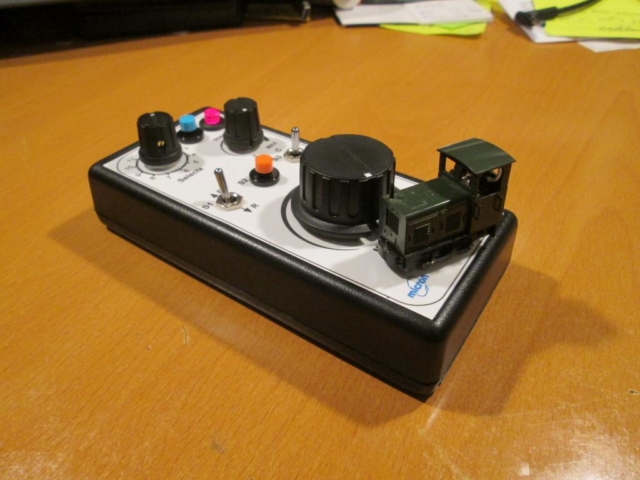