This 009 layout is intended to provide a representation of some aspects of slate quarry operation, it is not intended as an authentic recreation of a slate mine. The period of the layout is “indistinct”, it could either be an operating quarry nearing the end of it’s working life (approx 1950’s), or a “present day” mining museum with working exhibits demonstrating quarry operations and occasional slate extraction for the production of souvenirs.

Chwarel Tegid “borrows” locos from Bryn Tegid and usually operates with a subset of the full Bryn Tegid fleet, typically these locos can be seen:

Chwarel Tegid has made a number of appearances in 009 News in the photo pages, as well as a detailed article on the construction of the incline and ropeway.

This video shows a range of operations on Chwarel Tegid, including the incline and Blondin Ropeway. 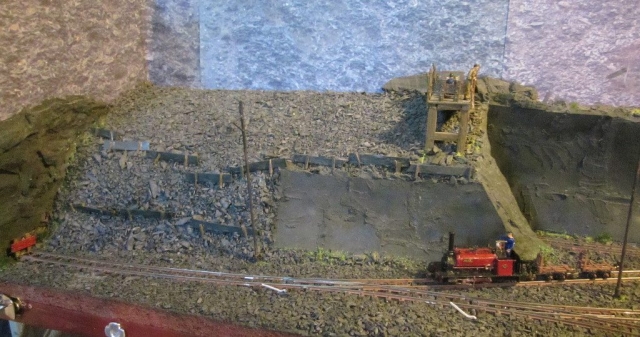 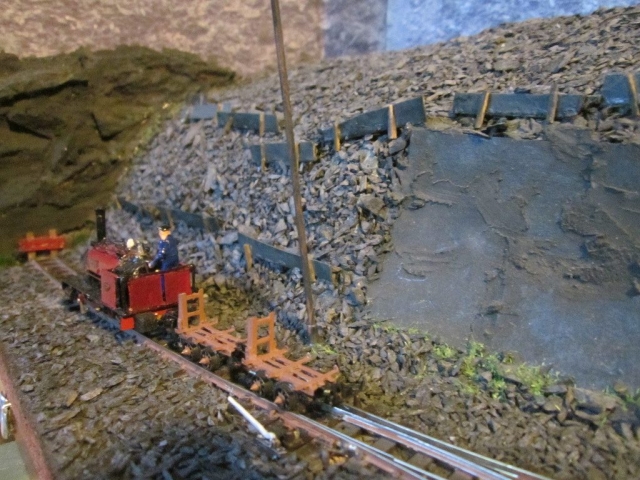 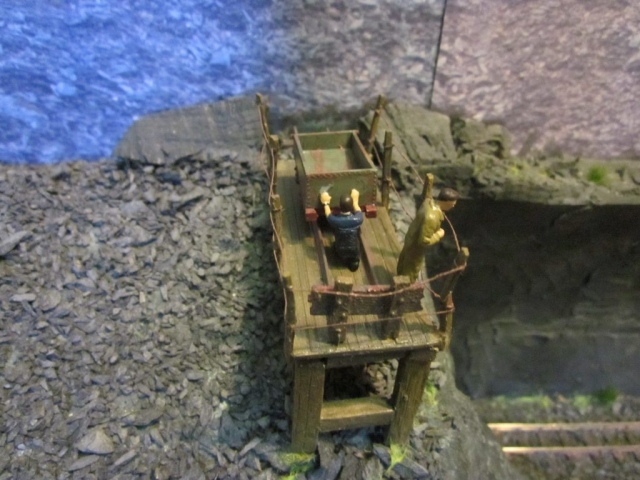 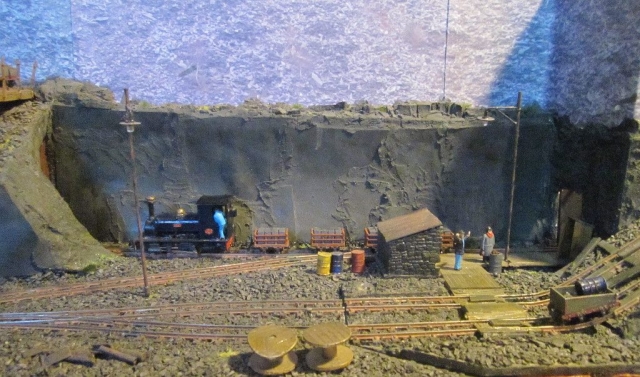 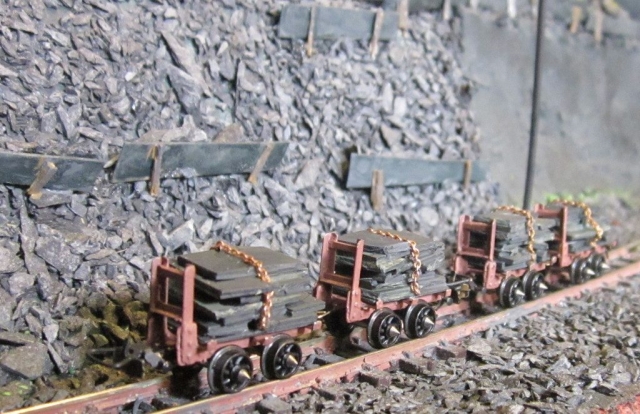 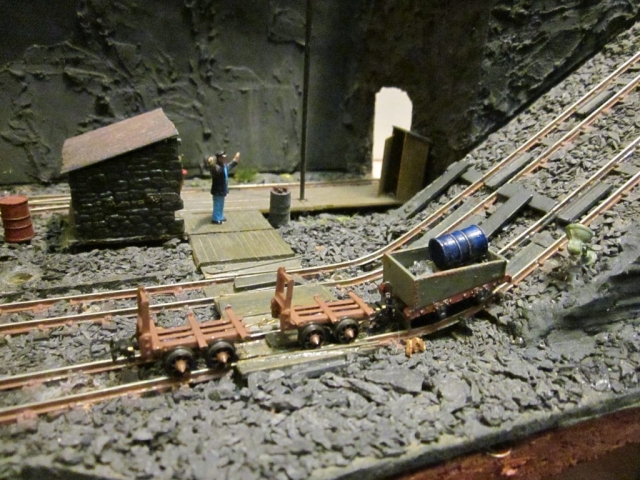 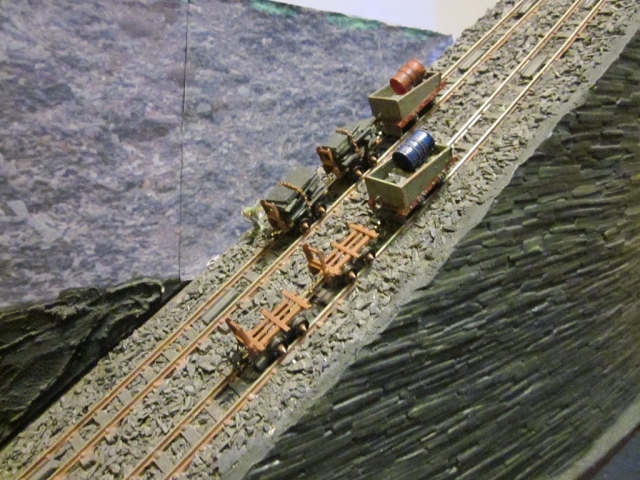 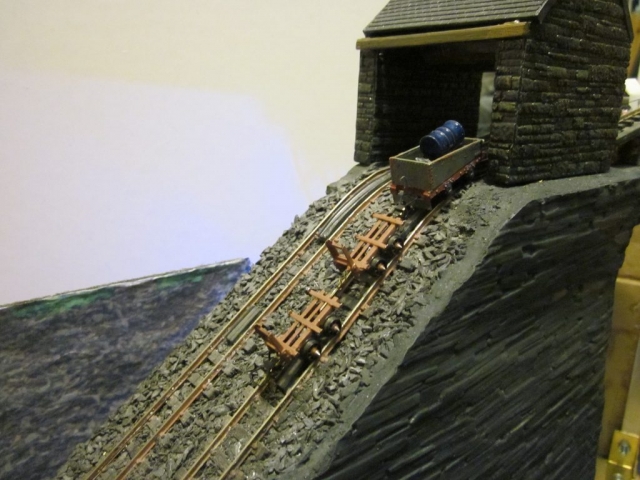 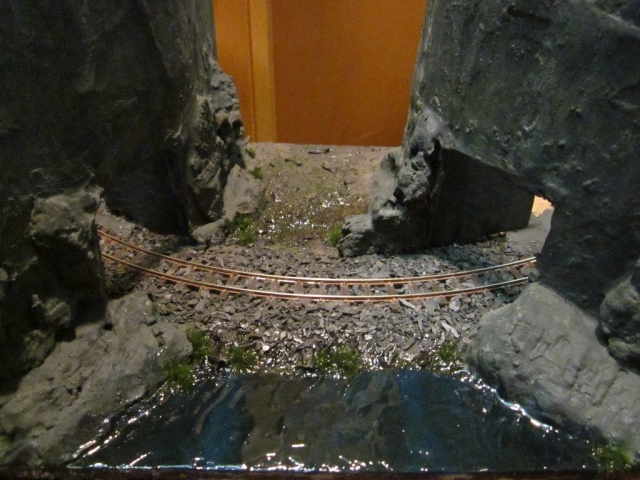 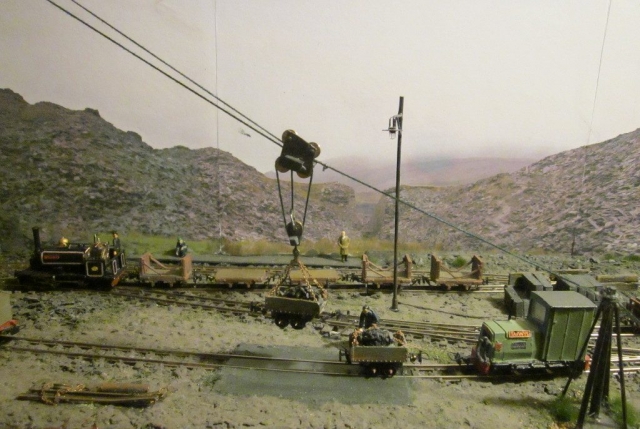 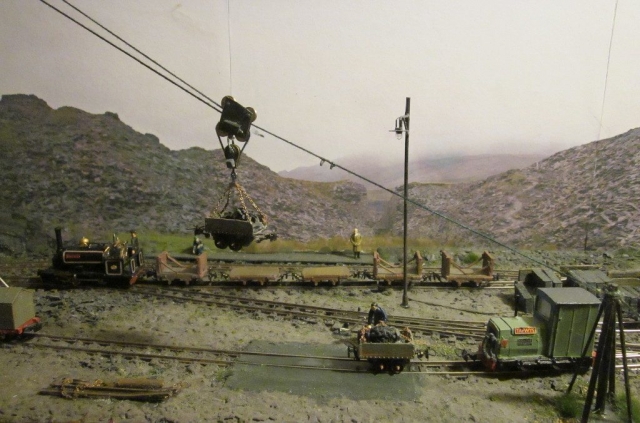 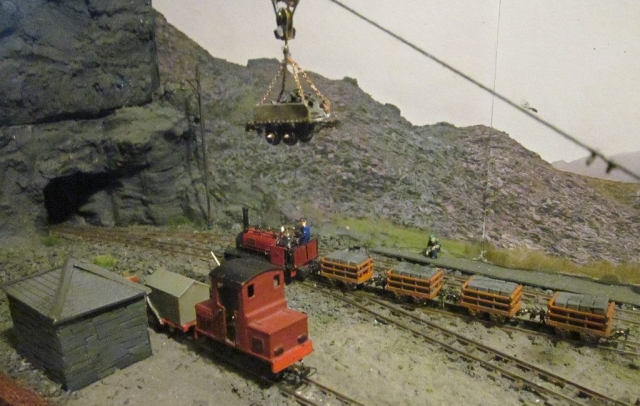 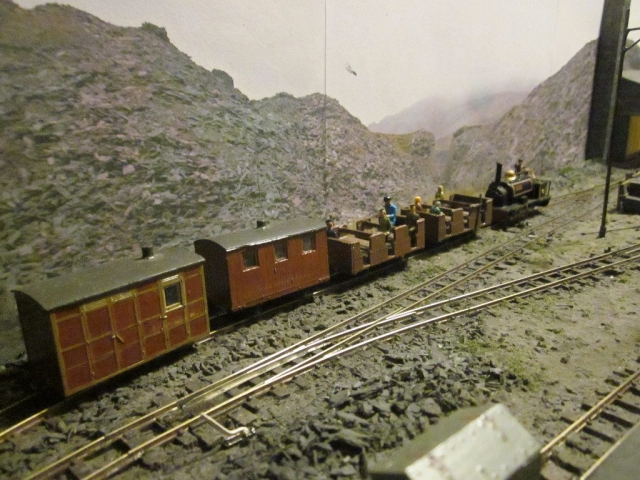 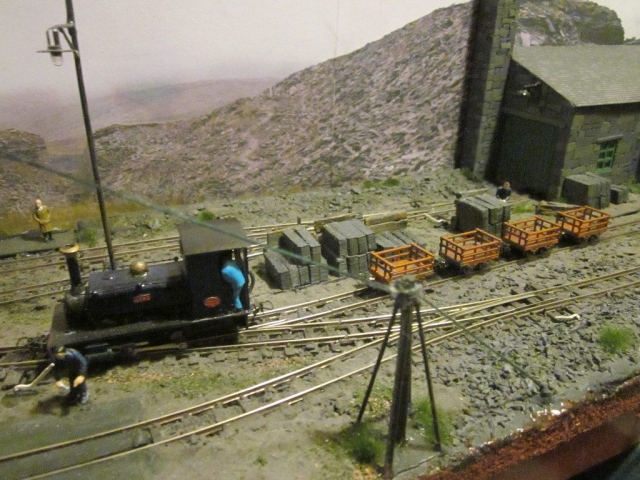 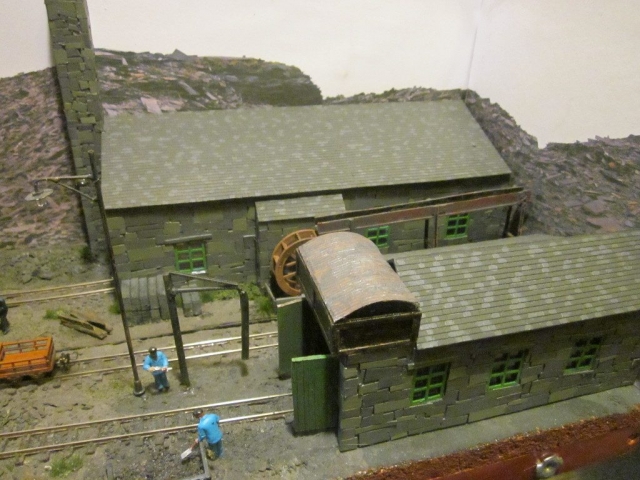 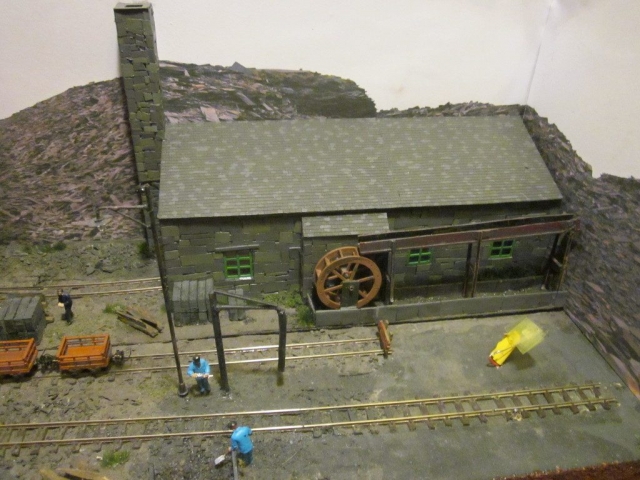 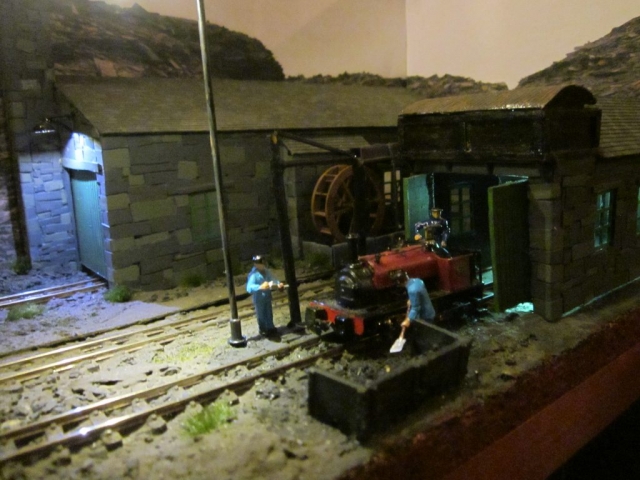 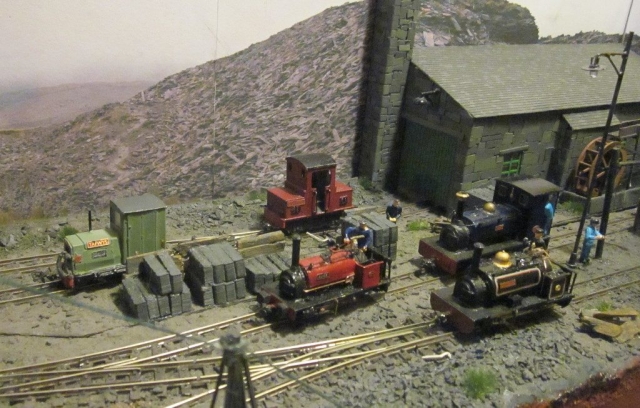 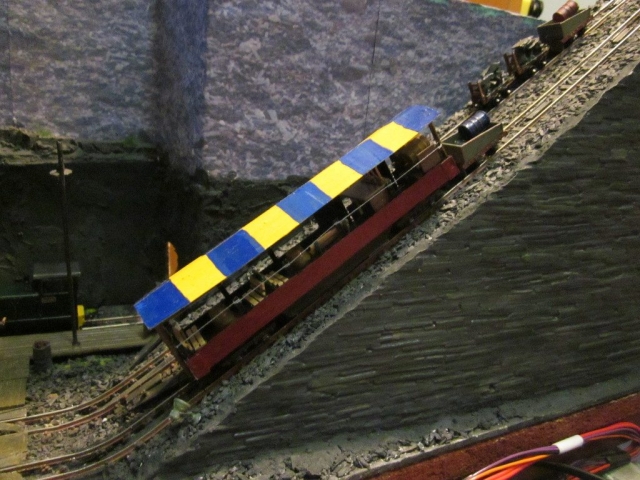 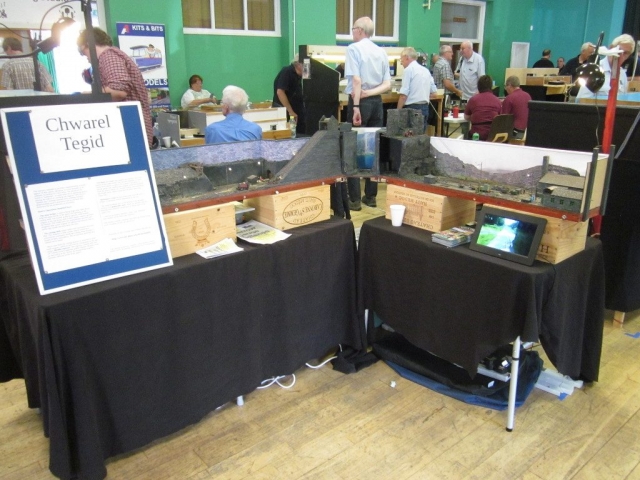 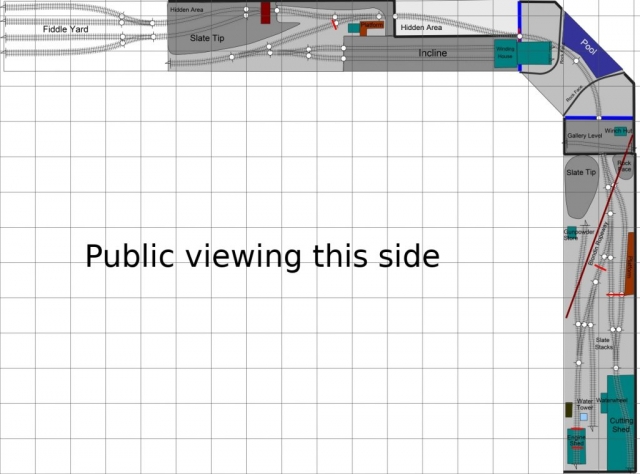 Chwarel Tegid is available for occasional exhibition appearances. Past and present exhibition dates are listed below:

The videos below were filmed at an earlier stage of Chwarel Tegid’s construction and are retained for reference.

This video shows the Chwarel Tegid incline, shunted by Ruston 48DL “Tafwys”. It was filmed prior to my acquisition of suitable Car Cyrn.

The video shows the Blondin Ropeway in operation, shunted by Quarry Hunslet “Alice”.